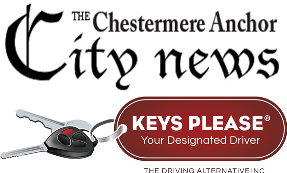 On August 20, 1997 Keys Please® opened for business in Calgary. Dave Dick, President of The Driving Alternative Inc., started the company after having run a large local courier trucking company. Already familiar with how dispatching worked, Dick thought the idea of driving people and their vehicles home after a night of drinking was a great idea. In the beginning Dick and his small crew of people worked tirelessly to get this venture up and running. Today they have an extremely large fleet of vehicles, full operations department, marketing personnel and administration staff to run the day to day business.

After The Driving Alternative Inc. researched the Calgary market, results indicated that the main reason people drink and drive was because they wanted their vehicle with them (so they could carry on the next day). Ginger Greenwood, General Manager says, “People want their independence. They don’t want to rely on other people. They need to take their kids to school, their spouse to work or they have to get to work themselves.”