We have provided links to all provinces and territories with a brief outline of what is legal in each Province (as of October 17, 2018). Go to your provincial or territorial website for more details.

On October 17, 2018, the Cannabis Act and a number of supporting regulations and ministerial orders came into force, legalizing and strictly regulating the sale, possession and production of cannabis in Canada.

Be in the KNOW

When you travel abroad, you are subject to the laws of the country you are visiting. If you get caught with illegal drugs, even if they are considered legal in Canada, being a foreigner or not knowing the local laws is no excuse—any more than it would be in Canada. Your Canadian citizenship does not give you immunity or preferential treatment in other countries.

Most countries, including the United States, have a zero-tolerance policy with respect to illegal drugs, including possession and use. Very severe penalties are imposed for the possession of even a small quantity.

You may also be denied entry to a country if you have previously used drugs, including cannabis after it becomes legal in Canada, that are considered to be illegal in that country. Examples of penalties around the world for serious drug charges include:

Don‘t bring it in. Don’t take it out.

If you are entering Canada from another country, remember: if you have cannabis with you in any form, you must declare it to the Canada Border Services Agency. Not declaring cannabis in your possession at the Canadian border could also lead to arrest and prosecution.

If you are leaving Canada, remember: you may not take cannabis out of the country either. You may be subject to criminal charges if you attempt to travel to other countries with any amount of cannabis in your possession.

Cannabis is now legal in Canada. However, the legalization of cannabis in Canada does not change Canada’s border rules. Taking cannabis or any product containing cannabis into Canada is illegal and can result in serious criminal penalties both at home and abroad.

This is the case even if you are travelling from places that have legalized or decriminalized cannabis. Transporting cannabis used for medical purposes is also illegal.

Travellers entering Canada can contribute to a smooth border crossing by understanding and complying with their obligations at the Canadian border.

TAKING CANNABIS ACROSS THE BORDER IS ILLEGAL. 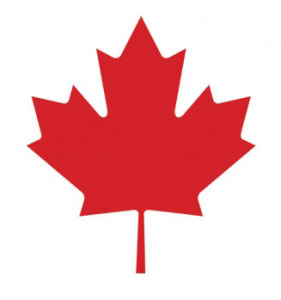 The legalization of cannabis in Canada did not change Canada’s border rules. Taking cannabis or any product containing cannabis across Canada’s international borders is illegal and can result in serious criminal penalties both at home and abroad.

This is the case even if you are travelling to places that have legalized or decriminalized cannabis. Transporting cannabis used for medical purposes is also illegal.

Cannabis is illegal in most countries. Previous use of cannabis, or any other substance prohibited by local law, could result in a traveller being denied entry to his or her destination country.

Each country or territory decides who can enter or exit through its borders. The Government of Canada cannot intervene on your behalf if you do not meet your destination’s entry or exit requirements.

Travellers are responsible for learning about the laws of the countries they intend to visit. See our Travel Advice and Advisories for information on your destination.

Travellers to the United States

Although the possession of cannabis is legal in some U.S. states, it remains illegal under U.S. federal laws in any form and quantity, making it illegal to bring across the Canada-U.S. border.

Previous use of cannabis, or any substance prohibited by U.S. federal laws, could mean that you are denied entry to the U.S. Canadians travelling for reasons related to the cannabis industry may be deemed inadmissible.

Do not attempt to cross the Canada-U.S. border with any amount of cannabis in any form, even if you are travelling to a U.S. state that has legalized possession of cannabis. If you do so you can expect legal prosecution and fines, and possibly jail time.

Drugs and Travel: Do‘s and Don’ts

Medications readily available in Canada may be prohibited in other countries. And while illegal drugs are commonly used in some parts of the world, their purchase, consumption, import and export are banned almost everywhere. To help minimize problems and make the most of your international travels, keep the following advice in mind:

Check if your prescription medications are legal in the country you plan to visit. Some over-the-counter medications, dietary supplements, and herbal and homeopathic products legally available in Canada may be illegal in other countries or require prior approval from local authorities. Find out by consulting our Country travel advice and advisories and contacting the embassy or consulate of your destination country before leaving Canada.

Medications containing codeine are not allowed into the United Arab Emirates without prior permission from the UAE Ministry of Health.

More than one third of Canadians imprisoned abroad each year are charged with drug-related offences.

Medicines sold over the counter in Canada are illegal in Japan if they contain stimulants.

A drug conviction in Singapore could lead to the death sentence.